Its been 4 years since I have written a post on here. Life sorta stopped in many ways when Andrew died. In other ways it changed. Some things were related to his passing. Others not so much.  We've had quite a few ups and downs during that time, and my creative endeavors have evolved significantly.  I've been thinking about it for awhile and decided I need to bring back my blog. So. I'll start with some housekeeping. I have some updates needed on the overall appearance and I'll get to those little by little.  If you have a blog and would like to be included on my sidebar please send me the info.

What has been going on here? Well. In 4 years I am still battling with the IRS to close out Andrew's final tax return. It has been one delay after another, one request for information they already have after another. Last year I got my senator's staff involved and they are now fighting the IRS on my behalf.  They were finally able to clear out his student loans but it took a phone call from my senator himself to accomplish that.

Ashley, my oldest child and only daughter, has turned 18. She finished high school a full 2 years ahead of schedule (we homeschool) and is completing her first year of college. She is thriving at school, has a circle of friends, good grades, works part time for Kohls, and is working to be selected for an appointment to the Air Force Academy.  She wants to go into politics/public relations.  She and I are planning to work for a campaign this summer and she will likely be interning for one of our senators.  She was also selected by her government professors for student of the year. Pretty impressive for a kid that shouldnt even be in college yet.

My boys are growing up. I have 2 teenagers and my youngest is now 8. He's reading up a storm, getting more and more into these extravagant lego creations, and my boys are becoming little men. I am pretty proud of who they are becoming.

My husband is no longer in the Air Force. His unit was shut down at the end of FY2015, and he landed a civilian job with the Army, and is in the Tx Army National Guard now. Its still weird to see him in army uniforms, but I'll take the Army dress uniform any day over the Air Force. Its been an interesting transition. The Army is not as family friendly as his previous unit was so there's been an adjustment period. He likes his job though.

As for me, I've been on a roller coaster ride of health issues. Not long after my last post, I finally connected the dots to my various health issues as probably being related to having Essure.  I went to doctor after doctor with my research and suggested this as the possible culprit, only to be told over and over again that it wasnt, and all the things I was experienced were simply in my head. Nevermind that I had found a group more than 20,000 strong where many of these women were experiencing much of the same problems as me, many more severe.  In late 2014 my Ob/Gyn agreed that it could potentially be the cause, and my insurance forced me to undergo an ablation before they would approve of a hysterectomy. So in Feb 2015, I did that. It did nothing to help.  In June 2015 I was finally approved for a radical hysterectomy and Bilateral Salpingectomy to remove the essure device.

Now, to back up a bit and explain some of the things I was experiencing,  I got Essure in 2009, about 15 months after my youngest was born. Due to my history of high blood pressure I was unable to use traditional birth control, and my medical history made the possibility of another pregnancy a significant risk to my life. So, while my husband was deployed I got the device. For the first 3 or so years I had no issues. I thought it was fantastic. Slowly over time, I began to become more and more lethargic, with my hair falling out, teeth breaking, joint pain, significant weight gain, insomnia, acid reflux, chronic fatigue, extreme sensitivity to smells, frequent nausea, etc. Numerous things that are seemingly all unrelated.  It was very easy to dismiss as just the price of getting older.  However, I began working with trainers, nutritionists, endocrinologists, etc for more than 2 years and no matter what I did, nothing helped any of these problems. I was also diagnosed with severe Obstructive Sleep Apnea.  I was burning far more calories than I ate and yet I continued to gain weight. For anyone who has ever tried to lose weight, you know how frustrating it is to work and work and do everything right and see negative results.

So back to my surgery in June 2015. I came out of the recovery and I could instantly tell a difference. Aside from the pain from surgery, I felt amazing. The nurses suggested slowly getting up to walk around the floor, much like they do after a c-section.  I was able to walk several laps at normal pace without any pain just 3 hours after my surgery. I felt AMAZING. I washed my hair and for the first time in years I didnt have clumps of hair in my hands. My doctor came back around and was pretty surprised at the level of energy I had. Turned out one of my essure devices was stretched out, and there were several small cysts around them in my fallopian tubes, among the extensive scar tissue.  By the time I was discharged I had no joint pain, had slept well, had high energy, etc.  The only discomfort I had was the normal healing from incisions.  By 30 days out I had dropped 15 lbs without trying at all, and virtually every single issue I had prior to my surgery was gone.  at 6 weeks post op I travelled to Orlando, FL for a Zumba instructor convention and had no problem dancing for 8+ hours a day for a solid week, where prior to that I struggled to make it through a week of teaching just 3 classes for an hour at a time.  My next checkup with my sleep doctor revealed my Apnea was virtually non existent as well. by 5 months I was completely medication free from all my prior issues.

I do still use my CPAP, but mainly because it keeps me from snoring and thus lets my husband sleep in peace lol.

Now. On to my creative side. Up until 2013 I had been primarily doing quilting and smaller sewing projects. I got my embroidery machine in late 2012 so it took me a while to get the hang of that, but when I did I took off like a rocket! It now is about 90% of the projects I do, and has allowed me to pay off my machine, my software, a serger, and add significant number of machines to my antique collection. I'll post about that later.

I've also ventured into garment sewing, which I had never done before. I'm getting into digitizing and pattern design as well, but those are further down the road. In the meantime, here's a small sampling of some of the things Ive been making. 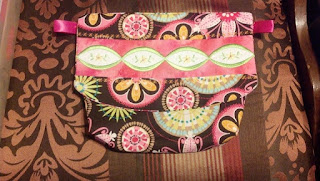 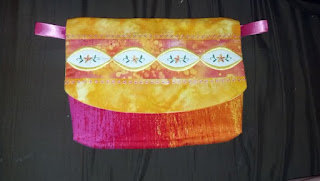 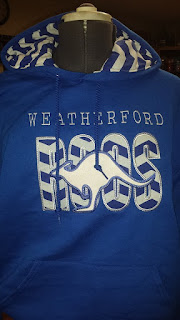 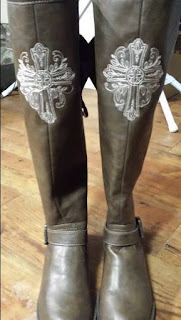 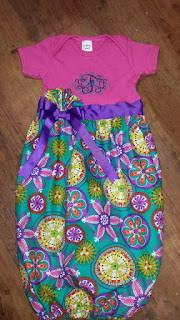 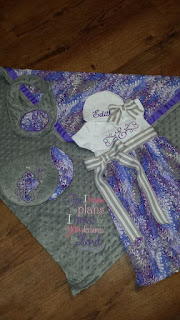 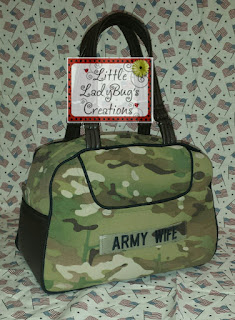 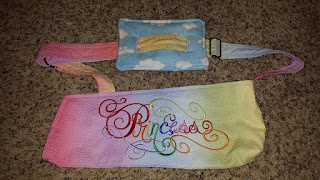 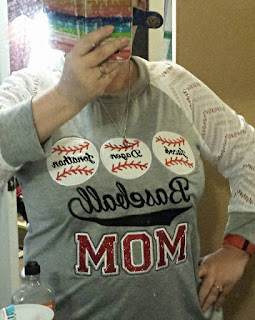 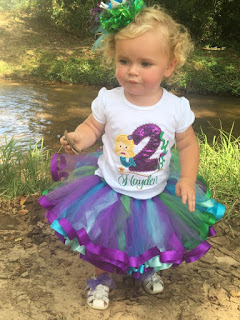 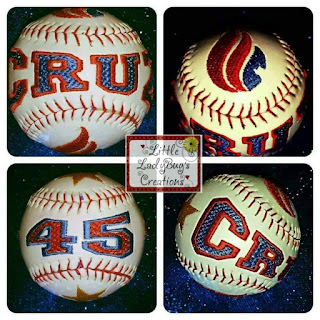 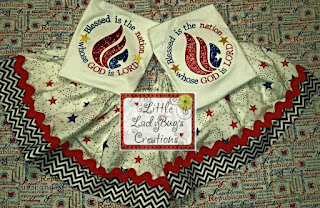 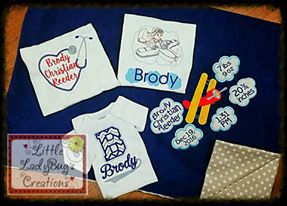 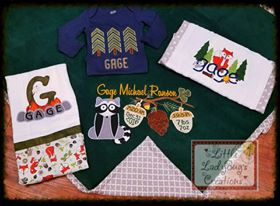 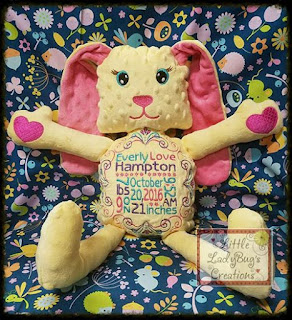