I didn't realize how long it had been since I updated. Man...my bad. Quick update on things:
Mom- She is doing better, and coping with my sister's treatments. She's had to play musical medications and it has had her on a roller coaster with some really good days and some really bad days. She's hoping to have the next cross design ready to post in a few days. I appreciate all the emails I've gotten and rest assured we will publish 3 final designs to this series.

Lara-is breezing through Chemo like its no big deal. She goes about her days as usual and it doesn't seem to be affecting her at all. I guess this is proof positive that side effects from Chemo may be somewhat controllable with a different mental state. She's unaware of all that is going on around her once she's away from it and isn't really feeling many of the common side effects once she leaves treatment. This is a HUGE relief for us, because we were really unsure how she would take this but she's probably doing better with it than all the rest of us. So far, so good!

Me- well...I have been working here and there on some small projects, but the best news for me is that just a couple of weeks after my last post, my hubby bought me a brand new sewing machine! I got a Viking Designer Ruby, and I love love love her! I've been practicing with the embroidery unit and hopefully before too long I will be a pro. I've made a few things so far, and I'm working on a custom baby bedding set for a friend. Here's a couple of pics of the dust ruffle and coordinating pillow I've done so far: 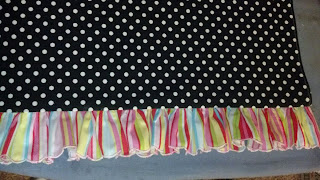 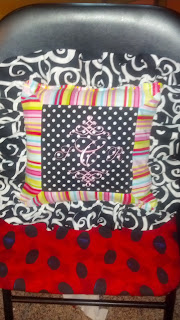 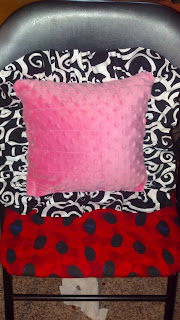 When I haven't been sewing and starting school, I've been pushing my husband around in a wheelchair (well, for the last 3 weeks, with another 3 or so to go). He's ok. He had surgery to correct a problem he's had since childhood, and had both of his achilles tendons lengthened. This should take care of the pain he's had recently and it greatly increased his range of motion. The doctor said he gained about 20% more movement. He's all excited because he can actually touch his toes without bending his knees for the first time in his life. It's the little things!
Well, aside from that, I've sort of been inundated with something I've wanted for YEARS. I've been wanting to find treadle machines and learn how to use them. Well, the first one I stumbled across by chance for 20.00 in June from a lady who had started to restore it but didn't have the time, so I picked up my first treadle machine, a 1917 Davis New Vertical Feed. The machine itself is in great shape, and I've already finished restoring the irons and I'm now working on the cabinet. Here's a picture of her: 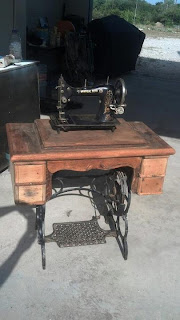 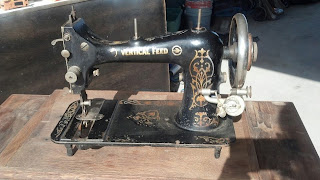 I have to say that I have literally been looking for YEARS for a treadle machine that I could afford. Now, it seems as if they just keep finding me and I can't say no! I've added about 30 machines to my collection since finding this one. (Yeah, I lost count.) All antiques. I'll post a few of them for y'all to drool over :D I found some on Craigslist, 1 from Ebay, some from Goodwill, and the rest came from a collection that was formerly the Arlington Sewing Machine Museum. The entire collection had been in storage for over a decade and the owner passed away last year. The whole unit fell into the hands of a neat lady, and when I answered her CL ad for a machine, the more we talked the more we became friends. I ended up helping her move the entire unit from the storage unit to her home, and we went over many of the machines, cleaning them, figuring out what they were, etc. She gave me a few machines, and then let me purchase several more for about 5.00 per machine. I now have 20 from that collection. These first few machines are from that collection. 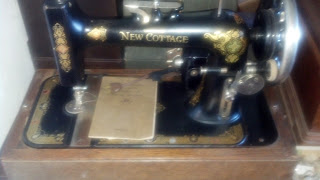 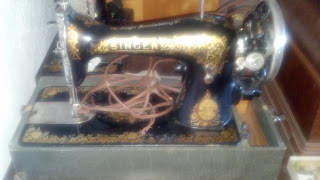 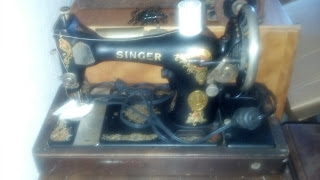 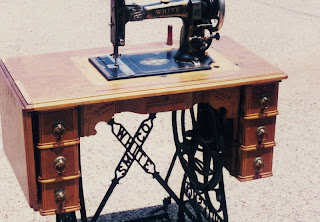 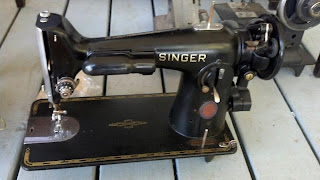 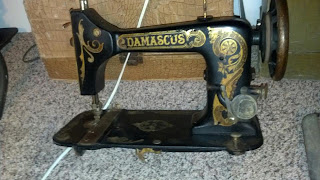 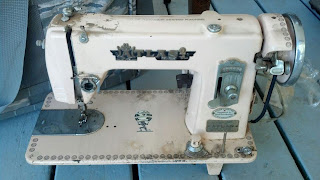 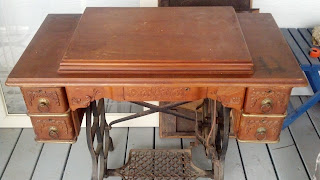 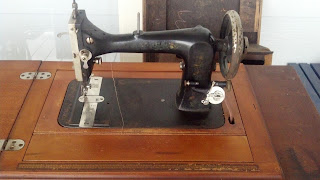 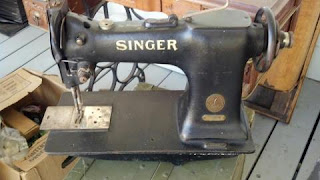 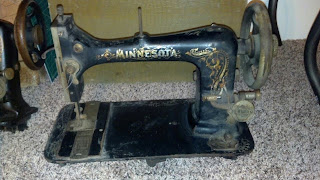 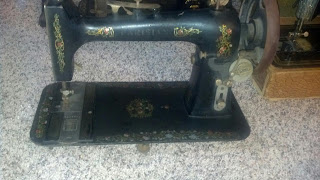 Then there's the unbelievable find I had at a garage sale recently...a 1954 WHITE singer Featherweight 221 in IMMACULATE condition...picked that one up for 90.00. That is by far the most I've paid for any of my machines but I know how envious some of you will be to hear that I got it that cheap. :) 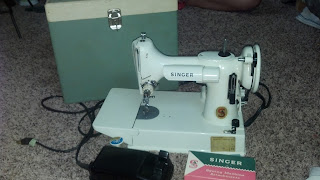 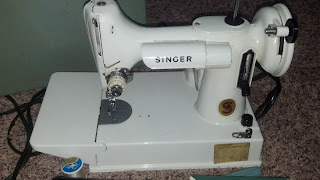 There's many more where these came from, but that should hold y'all for a bit. :) Hopefully I should be back in a couple of days with a new cross design for you!